​The DRIVE 4 IBD campaign is racing to spread awareness of Inflammatory Bowel Disease across North America. My name is Daniel Swanbeck and I am a race car driver from San Jose, CA. In my early 20's I was diagnosed with Ulcerative Colitis after going through some very scary and challenging health issues. After learning how to best treat my condition and work toward regaining a normal life, I felt the desire to do more. As a race car driver, I began to realize that my presence and participation in events across the country could be better utilized with the addition of spreading awareness.

There are 1.6 Million people suffering from IBD in the United States alone and yet the general population is largely unaware of what IBD even is. My goal is to change that. The more support and understanding of IBD that we can raise, the closer we will get to finding a cure for these debilitating diseases.

The beneficiaries of this campaign are the millions of IBD patients and their families. The Drive 4 IBD mission is to engage the general population (non-patients), inform them on IBD and ultimately get them involved in charity events, fundraising and supporting research toward a cure. Drive 4 IBD strives to:

1. Grow a newly informed population of supporters that will get involved in events and fundraising toward the research for a cure.
2. Supporting and providing assistance to existing patients and families.

3. Build a strong network that provides knowledge and emotional support to fellow patients.

Racing events will be used as a platform to reach millions of potential supporters. The goal being to reach the uninformed masses and bring awareness of IBD. Through a direct and personal interaction with this audience, Drive 4 IBD will be engage and inform this population unlike methods used before. I will act as a real life ambassador and patient of this debilitating disease. Although having a story of my own, I will bring light to the millions of other patient stories and their need for support.

I am already and continue to affiliate myself with IBD foundations. My affiliation with these other foundations will allow me to convert these newly informed individuals into actual contributors. I expect to see an increase in participants in fundraising activities by directing these people to their local chapters to get involved. Therefore, this campaign will generate its own funds toward research but also channel more funding into research through other foundations.

Drive 4 IBD is a focused campaign led by me, Daniel Swanbeck. The Drive 4 IBD campaign will cooperate with other IBD foundations during the course of the year at various events but will always serve its core purpose: Bring IBD awareness to those who don't know anything about IBD (inform the masses). Secondly, hold a strong commitment to supporting existing patients and their families. This campaign aims to reach that audience through unique and effective methods not used before. I believe this is the key to finding the caring and generous individuals who will have the desire to make a difference in the lives of those with IBD. I also believe that the Drive 4 IBD community will be one of the most supportive for patients as it is built on compassion, care and inspiration. 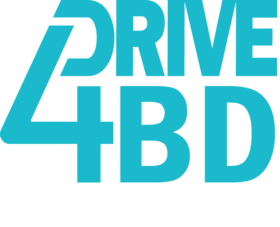